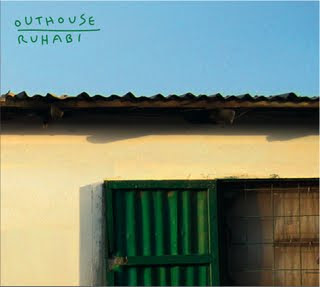 To succeed their critically acclaimed debut on Babel, Outhouse is pleased to announce the release of ‘Ruhabi’ on Loop Records. Ruhabi was recorded at Livingston Studios (World Circuit), following a showcase concert at the Cheltenham Jazz Festival in 2008, and produced at Abbey Road Studios (EMI).

The album, officially out on october 12th is already available from our on-line store at Loopcollective.org or fromJazzcds.co.uk

You can also hear samples from the album and see videos of our previous performances atmyspace.com/outhouseloop

To celebrate the release Outhouse embarks on a 14 dates U.K tour (tour details below). It is a unique opportunity to see this afro-european collaboration, so we hope to see you there!!